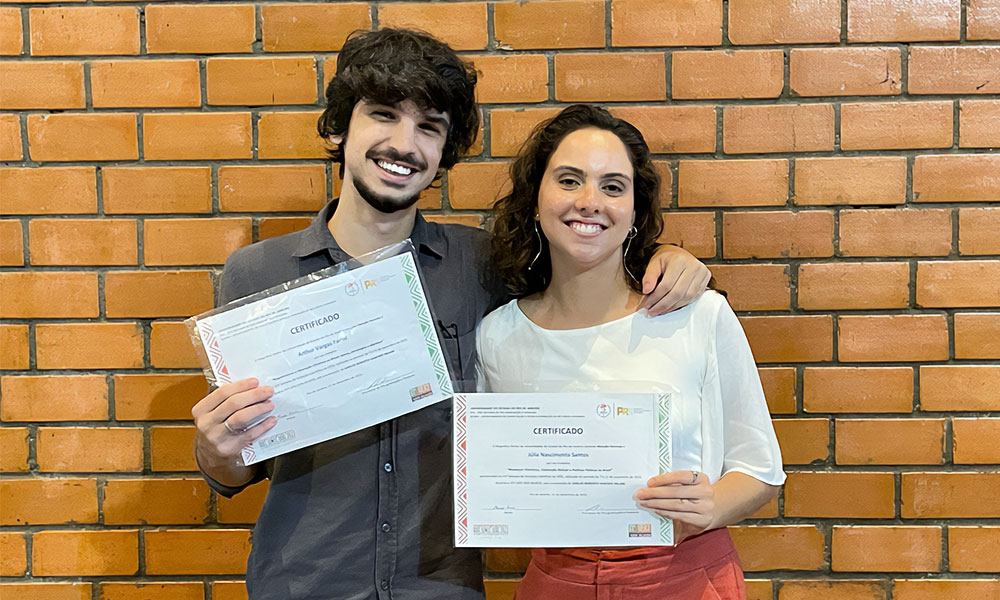 During the XXXI UERJ Week of Scientific Initiation (SEMIC), 930 registered works belonging to several fields of knowledge were evaluated, with only 215 being highlighted by the evaluators as having received an honorable mention. LABMUNDO scientific initiation researchers Arthur Facini and Júlia Nascimento received the honour for their work “Climate Negationism in Brazil” and “Climate Change, the Ramsar Convention and Public Policies in Brazil”, both developed in the scope of the Interdisciplinary Observatory on Climate Change (OIMC) and supervised by Prof. Carlos R. S. Milani.

Held between 7 and 11 November, SEMIC is an annual event that offers all UERJ SI researchers the opportunity to disseminate their projects among the teaching and student communities, as well as the external public.